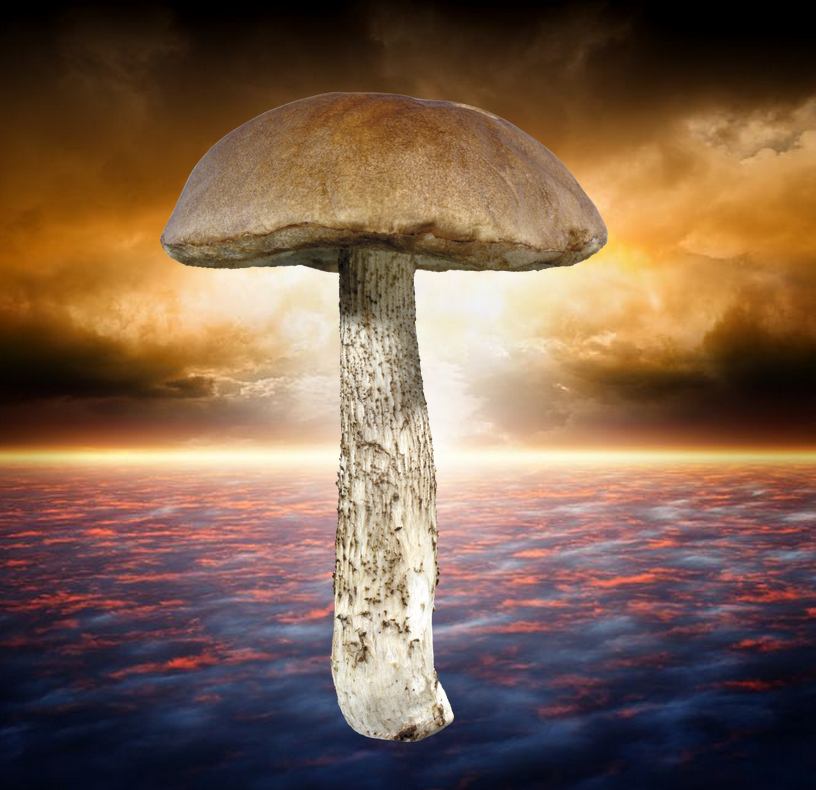 Over the course of the past decade, one of the most interesting concepts I have run into while scouring the biomedical literature is the possibility that melanin's biological role in the human body may extend far beyond simply protecting us against UV radiation. In fact, one recent and highly controversial paper proposes that melanin is responsible for generating the majority of the body's energy, effectively challenging the ATP-focused and glucose-centric view of cellular bioenergetics that has dominated biology for the past half century.

Research is now emerging indicating that melanin may function in a manner analogous to energy harvesting pigments such as chlorophyll, and may have even have driven our evolution into the uniquely hairless, brain-dominant hominins we are today. While melanin's proposed ability to convert sunlight into metabolic energy has amazing implications (one of which is the taxonomical reclassification of our species from heterotrophic to photoheterotrophic), what may have even more spectacular implications is the prospect that melanin may actually both protect us against ionizing radiation and transform some of it into metabolically useful energy.

In a day and age where radioisotopes from nuclear weapons testing, routine releases from the nuclear, fracking, and coal-fired power industries, and more recently, global fallout from the Chernobyl and Fukushima meltdowns, are increasingly accumulating in the environment, food chain, and our bodies, reducing radiotoxicity and/or enhancing detoxification mechanisms should be a universal concern. Add in the unavoidable onslaught of medical, cell phone communications and WiFi technology, and air travel associated radiation exposures, and you can virtually guarantee your body burden of radiation exposure is significant and represents a serious health risk.

While GreenMedInfo.com now contains an extensive database of radiation toxicity mitigating substances which can be viewed both on the Radiation Disaster Toxicity page, and the radioprotective actions page, we have not until now reported specifically on melanin's potential to offset radiation exposure. 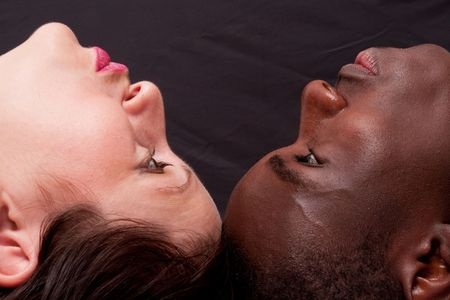 Melanin is, indeed, one of the most interesting biomolecules yet identified. The first known organic semiconductor, it is capable of absorbing a wide range of the electromagnetic spectrum (which is why it appears black), most notably, converting and dissipating potentially harmful ultraviolet radiation into heat. It serves a wide range of physiological roles, including free radical scavenging, toxicant chelation, DNA protection, to name but a few. It is also believed to have been one of the original ingredients essential for life on this planet. I've reported previously on its potential in converting sunlight into metabolic energy, but converting ionizing gamma radiation into useful energy? Beyond the realm of comic book heroes, who would have ever thought such a thing possible?

The first time (I am aware of) that this possibility surfaced in the literature was a 2001 Russian report on the discovery of a melanin-rich species of fungi colonizing and apparently thriving within the walls of the still hot Chernobyl meltdown reactor site.1 In 2004, the same observation was made for the surrounding soils of the Chernobyl site.2 We also know that, based on a 2008 report, pyomelanin-producing bacteria have been found in thriving colonies within uranium-contaminated soils.3 There is also a 1961 study that found, amazingly, melanin-rich fungi from soils of a Nevada nuclear test site survived radiation exposure doses of up to 6400 Grays (about 2,000 times a human lethal dose!).4  Clearly, something about melanin in these species not only enables them to survive radiation exposures that are normally lethal to most forms of life, but actually attracts them to it. Could the fungi actually be using melanin to 'feast' on the free lunch of anthropogenic radioactivity ?

Remarkably, back in 2007, a study published in PLoS titled, 'Ionizing Radiation Changes the Electronic Properties of Melanin and Enhances the Growth of Melanized Fungi," revealed that fungal cells manifested increased growth relative to non-melanized cells after exposure to ionizing radiation. The irradiated melanin from these fungi also changed its electronic properties, which the authors noted, raised "intriguing questions about a potential role for melanin in energy capture and utilization."

For more on this groundbreaking study, take a look at a 2007 report in the MIT Technology Review titled, "Eating Radiation: A New Form of Energy?" 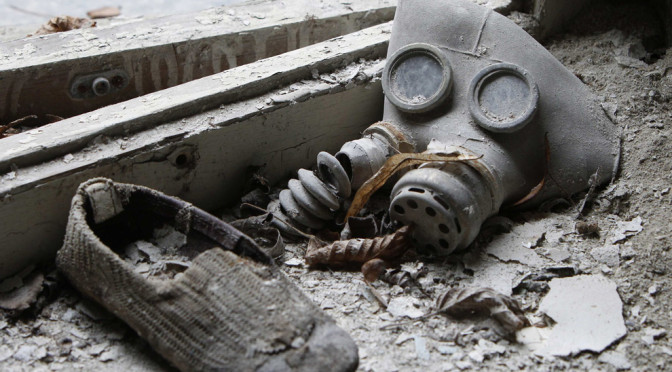 Can Melanin Lend Those Who Consume It "Super Powers"?

The question arises, could the consumption of melanin from fungi protect those higher on the food chain (like mammals; humans) from radiation exposure?

This question appears to have been answered affirmatively by a 2012 study published in the journal Toxicology and Applied Pharmacology, titled, "Melanin, a promising radioprotector: mechanisms of actions in a mice model," which found that when melanin isolated from the fungus Gliocephalotrichum simplex was administered at a dose of 50 mg/kg body weight in BALB/c mice before exposure to 6-7 Grays of gamma radiation, it increased their 30-day survival by 100%. The study also noted that melanin up to a dosage of 100 mg/kg (i.p.) did not cause adverse effects on the health of the mice.

In the study conclusion, the authors stated:

"The observed mitigative effects of melanin in the present study gain a lot of significance especially in nuclear emergencies but need to be validated in humans by more detailed experiments. Prior to these confirmations and based on current investigations, it can be concluded that during such emergencies, diets rich in melanin may be beneficial to overcome radiation toxicity in humans." [emphasis added]

Another study published in 2012 in Cancer Biotherapy & Radiopharmaceuticals titled, "Compton Scattering by Internal Shields Based on Melanin-Containing Mushrooms Provides Protection of Gastrointestinal Tract from Ionizing Radiation," confirmed the remarkable radioprotective properties of the melanized mushrooms was actually melanin-specific and due to other well-known therapeutic compounds within the fungi. As succinctly summarized on the Small Things Considered website,

The authors fed mice a mushroom used in East Asian cuisine, called Judas' ear, tree, or jelly ear (Auricularia auricula-judae) an hour before giving them a powerful 9 Gy dose with the beta emitter Cesium137. For perspective, anything over ~0.1 Gy is considered a dangerously high dose for humans. All the control mice died in 13 days while ~90% of the mushroom-fed ones survived. Mice fed a white mushroom (porcini) died almost as fast as the controls, but those fed white mushrooms supplemented with melanin also survived."

So, how does melanin perform this trick?

One clue was provided by a study published in 2011 in Bioelectrochemistry titled, "Gamma radiation interacts with melanin to alter its oxidation–reduction potential and results in electric current production," where ionizing radiation was found to alter melanin's oxidation-reduction potential. Instead of most other biomolecules which experience a destructive form of oxidative damage as a result of radiation exposure, melanin remained structurally and functionally intact, appearing capable of producing a continuous electric current. This current, theoretically, could be used to produce chemical/metabolic energy in living systems. This would explain the increased growth rate, even under low nutrient conditions, in certain kinds of gamma irradiated fungi. 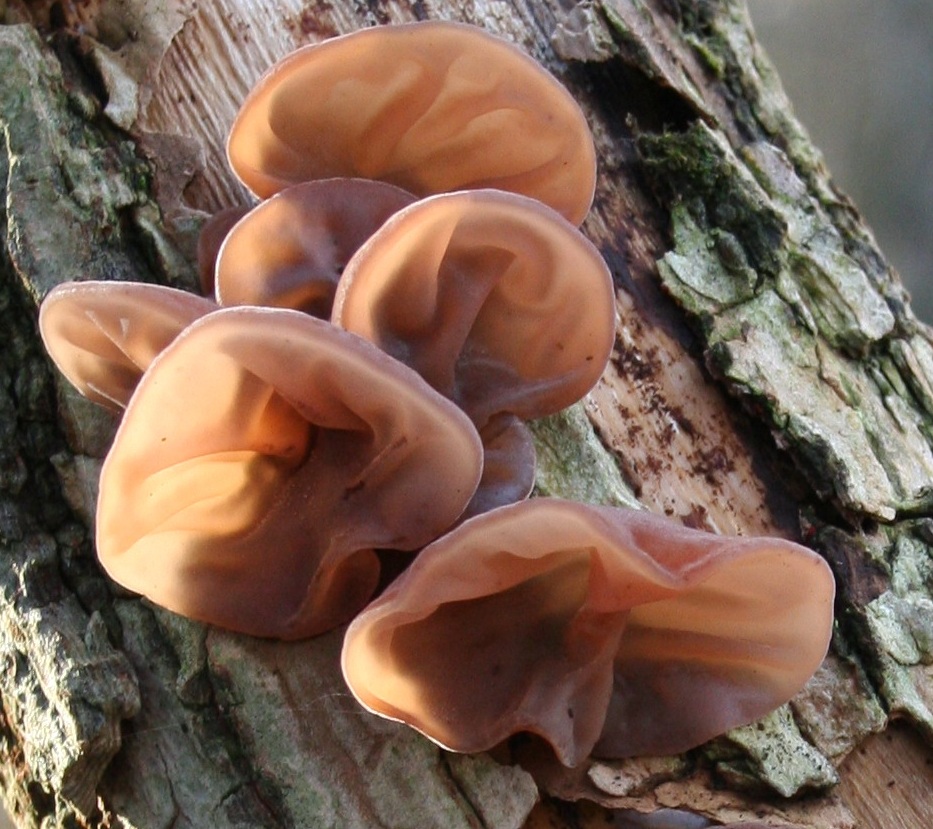 So, you may be wondering, what is a good source of supplemental melanin for those interested in its radioprotective and radiotrophic ("radiation eating") properties? I believe Chaga is one of the most promising candidates. Not only is it one of the nutritionally dense mushrooms, containing an immense amount of melanin, but it was known by the Siberians as the "Gift from God" and the "Mushroom of Immortality," the Japanese as  "The Diamond of the Forest," and Chinese as the "King of Plants."  There is also an increasingly compelling body of scientific information demonstrating its health benefits for conditions as serious as cancer. Chaga health benefits here.

It should be noted that there is a profound toxicological difference between the type of radiation exposures that come from the outside in, e.g. being irradiated at a distance by radioactive material outside of us, and from the inside out, e.g. low-dose radioisotope uptake. The latter can be orders of magnitude more dangerous, as radioisotopes like uranium-238, cesium-137, and plutonium-239, can be taken into the tissues and remain there for a lifetime wreaking havoc on a moment to moment basis. Please read our report on the topic, "Why There Is No Safe Dose of Radiation," to learn more about this critical distinction.

Due to a phenomenon known as the photoelectric effect, low-dose radionuclides like uranium-238, which are technically weak emitters of alpha radiation, can be ten's of thousands times more damaging to our DNA than present day radiological risk assessment models account for. We bring this up in order to properly qualify the aforementioned information, as it could be highly misleading to those who interpret it to mean that one can simply supplement with an edible melanin product to reduce and even benefit from radiation exposure. Nothing can effectively reduce the radiotoxicity of incorporated radionuclides beyond removing them from the body. We have indexed research on this topic, and would encourage the reader to view the research on apple pectin, in particular, as it was successfully used post-Chernobyl to dramatically reduce the bodily burden of absorbed radionuclides in thousands of Russian children. Moreover, once we grasp the genocidal implications of the widespread contamination of the biosphere with the routine and accidental releases of radio-toxicants that maintain their toxicity for thousands, and in some cases, millions of years (e.g plutonium-239 has a half-life of 24,100 years and Uranium-238 has a half-life of 4.4 BILLION years), we realize the solution (if there is one) is to phase out and try to mitigate the planet wide fallout from the nuclear industry's activities over the course of the 75 years.

Would you like to learn more about melanin and other protective substances from natural sources? READ REGENERATE: Unlocking Your Body's Radical Resilience through the New Biology here. 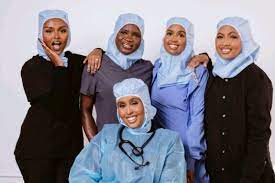 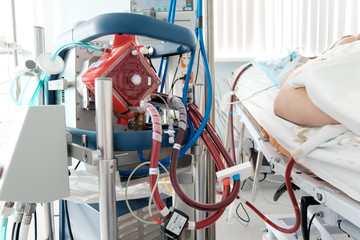