Ablation Surgery May Be More Effective Than Drugs For A-Fib

A recent randomized clinical trial showed that the use of cryoballoon ablation, a type of catheter ablation, as an initial treatment was associated with lower rates of progression of atrial fibrillation than antiarrhythmic drugs.

Studies suggest that around 1 to 2% of individuals in the United States have atrial fibrillation (A-fib). A-fib can become more severe over time, progressing from short episodes to more persistent forms characterized by longer and more frequent episodes. Studies suggest that persistent A-Fib is associated with an increased risk of stroke, heart failure, and mortality.

A recent study published in The New England Journal of Medicineshows that cryoballoon ablation was associated with a lower rate of progression from short episodes to persistent A-fib.

“This finding built on our previous work, which demonstrated that first-line ablation led to less short-term recurrence, a lower burden of AF [A-fib], higher likelihood of symptom resolution, greater improvement in quality of life, and lower subsequent healthcare utilization.”

The sinoatrial node or sinus node, a cluster of muscle cells located in the right atrium, helps maintain a normal heart rhythm and acts as the natural pacemaker. The sinus node generates electrical impulses that travel through a pathway of specialized muscle cells in the atria and the ventricles.

As the electrical impulses travel through the atria and down to the ventricles, these impulses cause the sequential contraction of these chambers. This results in the pumping of blood from the atria to the ventricles and then from the ventricles to the body. The rhythmic firing of the cells in the sinus node helps maintain a normal resting heart rate of 60 to 100 beats per minute in healthy individuals.

The disruption of these electrical impulses leads to an abnormal rate or rhythm of a person’s heartbeat, known as arrhythmia. A-fib, one of the most common forms of arrhythmia, is characterized by the contraction of the atria in a disorganized fashion.

The irregular heart rhythms in A-fib can lead to the formation of blood clots in the atria, which can travel and obstruct blood vessels, causing a stroke or embolism. In addition, patients with A-fib are at increased risk of heart failure and cardiovascular mortality.

A-fib is a progressive condition, with episodes becoming more frequent and longer with time. The condition can be classified according to the duration of an episode.

Studies suggest that treatments that can help control the heart rhythm in patients with A-fib in the early stages after diagnosis can reduce the risk of adverse cardiovascular outcomes.

Antiarrhythmic drugs that normalize the heart rhythm are the first line of treatment for patients with symptomatic A-fib. However, these drugs can have significant side effects and are associated with the recurrence of the condition.

Catheter ablation has been conventionally used as the second line of treatment in patients who show side effects or do not respond to antiarrhythmic drugs. However, catheter ablation is now considered an alternative first-line treatment for A-fib.

Catheter ablation involves the use of cold or high temperatures to destroy a small portion of the heart tissue responsible for irregular rhythms. By destroying the defective region, catheter ablation, unlike antiarrhythmic medications, addresses the underlying cause of A-fib.

During this procedure, a thin, flexible tube, i.e., a catheter, is inserted into the blood vessels and guided to the heart. Electrodes at the tip of the catheters are then used to identify the region responsible for the disorganized heart rhythm. During radiofrequency ablation, radiofrequency waves are delivered through the tip of the catheter to generate heat and destroy the defective tissue.

Previous studies have shown that catheter ablation can lead to a greater reduction in the recurrence of episodes of arrhythmia and hospitalization in patients with A-fib. Additionally, in a previous randomized clinical trial, the study authors had shown that cryoballoon ablation led to a significant reduction in the recurrence of A-fib episodes compared to antiarrhythmic drugs.

In the present randomized clinical trial, the researchers compared the ability of cryoballoon ablation and antiarrhythmic drugs to reduce the risk of progression of paroxysmal AF to persistent AF over a 3-year follow-up period.

The present study consisted of 303 adults with paroxysmal A-fib who were randomly assigned to receive either cryoballoon ablation or antiarrhythmic drug therapy. Among the 303 patients, 154 participants received cryoballoon ablation, whereas the remaining 149 individuals received antiarrhythmic drug therapy. The researchers implanted a cardiac monitor after the initiation of treatment to continuously track changes in heart rhythm over the follow-up period of 36 months.

The researchers also evaluated the number of patients who experienced an atrial tachyarrhythmia event between 90 days after the initiation of the treatment and the end of the follow-up period. Atrial tachyarrhythmia describes heart rates greater than 100 beats per minute caused by irregular electrical impulses originating in the atria. Such events can occur due to A-fib as well as other conditions.

Preventing the progression of A-fib

In sum, these results suggest that cryoballoon ablation could be more effective at preventing the progression of A-fib and reducing the risk of hospitalization. These results are consistent with other studies conducted on patients with a higher risk of disease progression.

“This study is extremely important and that there was high-quality data in terms of follow-up as all patients had an implantable loop recorder which truly identified the arrhythmia burden and incidence of arrhythmia. This allowed for excellent follow-up and showed that catheter ablation in this group of patients was clearly superior to drug therapy, even with a longer-term follow-up of 3 years.

“There have been other recent studies that have used 1-year follow-up, but this study stands out, with longer duration follow-up where all patients have an implantable loop monitor which recorded the rhythm and rate for any abnormalities 24 hours a day seven days a week,” Dr. Doshi explained.

“This study was specific to cryoablation, but many expect that ablation, in general, is superior to antiarrhythmic drugs, with other forms of ablation such as radiofrequency and likely pulse field ablation shown to be safe and effective in clinical trials,” he added. 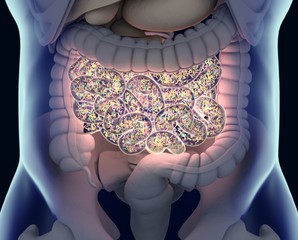