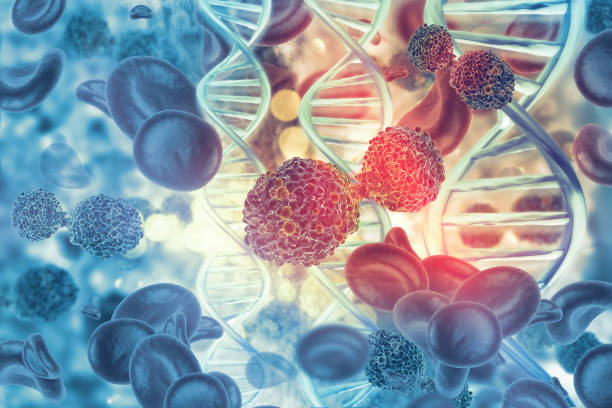 In cancer research, it all comes down to a single cell.

Over the last decade, cancer researchers have homed in on the fact that an individual cell from a tumor can be used to perform molecular analyses that reveal important clues about how the cancer developed, how it spreads and how it may be targeted.

With this in mind, a team of researchers at Brown University has developed an advanced way to isolate single cells from complex tissues. In a study published in Scientific Reports, they show how the approach not only results in high-quality, intact single cells, but is also superior to standard isolation methods in terms of labor, cost and efficiency.

The challenge was to develop a technology to enable researchers to more quickly and easily isolate cells from biopsied cancer tissue to ready it for analysis, said Anubhav Tripathi, study author and director of biomedical engineering at Brown.

"From a technology standpoint, there's nothing like this available on the market right now," Tripathi said. "This technology will be useful for those looking for answers using genomics, proteomics, transcriptomics -- it will not only make those diagnostic and therapeutic investigations easier, but will also save researchers time and effort."

In single-cell analysis, advanced sequencing techniques are used to obtain genetic profiles of individual cells. This is particularly applicable to cancer tissues, where rare mutations can drive metastasis and treatment response outcomes. A major limitation of the clinical translation of single-cell analysis is the difficulty of isolating single cells from complex tissues, said co-author Nikos Tapinos, an associate professor of neurosurgery and neuroscience at Brown.

Tapinos described a typical workflow using the example of a brain tumor: A piece of the tumor would be removed in an operating room and brought to a lab. There, researchers would use a process involving enzymes to extract nucleic acids from bulk tissue samples and would then perform genetic sequencing en masse.

This process results in low-resolution, potentially inaccurate genetic readouts and poor detection of rare cell types, Tapinos said. The consequences of the loss of this information can be profound, he noted, including the possibility of patient misdiagnosis, creating a substantial lag between the time when the tumor is removed from the patient and the cells are ready for RNA sequencing.

"There is a tremendous need for a technology that allows for the removal of tissue from the patient and, within minutes, results in viable, healthy single cells from which RNA can be isolated," Tapinos said. "That is exactly what this new process does."

The advantages of electricity over enzymes

In the new process, a tissue biopsy is placed in a liquid-filled receptacle between two parallel plate electrodes. Instead of enzymes, electric field fluctuations are applied to create opposing forces within the liquid. These forces cause the tissue cells to move in one direction and then in the opposite direction, which leads them to cleanly separate, or disassociate from one another.

This approach was invented by study author Cel Welch, a fourth-year Brown Ph.D. candidate in biomedical engineering in Tripathi's lab.

"Dr. Tripathi has done a lot of work in his lab using electric fields and microfluidics," Welch said. "After seeing how electric fields could be used in other diagnostic applications, we had the idea to do something unique with the electric field that's never been done before. Based on the existing body of research about the manipulation of biological particles, we formulated a hypothesis about how this would work."

The new process resulted in dissociation of biopsy tissue in as little as 5 minutes -- three times faster than leading enzymatic and mechanical techniques described by Tripathi and Welch in a previous study.

According to the researchers, the new approach is, at minimum, 300% more effective than even the most optimized techniques using simultaneous chemical and mechanical dissociation.

Another advantage to the process, Welch said, is the compactness of the device they created: "In the traditional workflow, you need to use several different lab instruments, such as a centrifugation instrument, that cost several thousands of dollars each. This approach to single-cell sample preparation requires only a single device."

The research team has applied for both a U.S. and global patent for the device and associated methodology, with the assistance of Brown Technology Innovations, the University's technology transfer office.

The samples used in the study were bovine liver tissues, triple negative breast cancer cells and human clinical glioblastoma tissues. The research team is now refining the technology and developing a device that will be able to quickly and effectively process multiple different kinds of small-scale tissue biopsy samples at once, at a very low cost.

The new study explained the scientific basis for the process, Welch said. "Now we're working on a novel device that's specifically oriented at creating this highly optimized system for using this physical phenomenon."

"A researcher will be able to simply press a button and, within minutes, have the single cells they need for analysis," Tapinos said. "It's really amazing."

Harry Yu, a Brown University graduate, and Gilda Barabino, president of the Franklin W. Olin College of Engineering, also contributed to this research. The work was supported by funding from PerkinElmer, where Tripathi serves as a paid scientific advisor/consultant and lecturer.

For nurses working with cancer patients, or those who want to learn more about cancer and cancer treatments, check out the following courses: 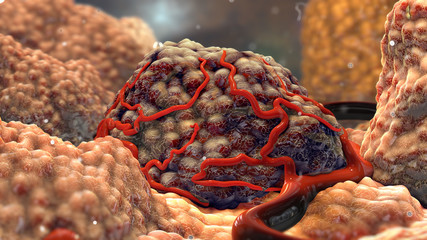 Serotonin: Why You Need It and How to Boost Levels Naturally