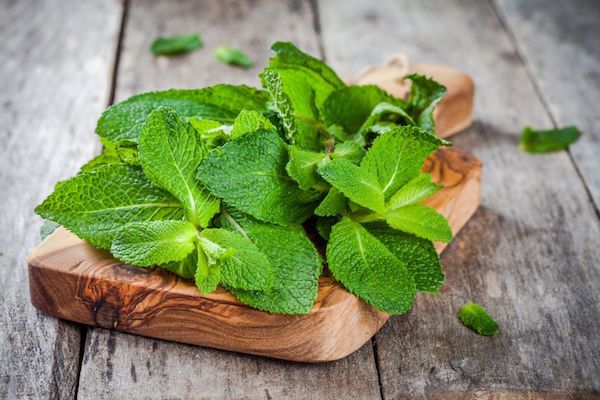 A favorite herbal medicine of the ancients, peppermint leaves have been found in Egyptian pyramids dating back to 1,000 BC. Modern scientific investigations have now confirmed that this remarkable plant has over a dozen healing properties.

In our continuing effort to educate folks to the vast array of healing agents found in the natural world around us, we are excited to feature peppermint, a member of the aromatic mint family that you may already have squirreled away somewhere in your kitchen cupboard. While most have experienced peppermint as a flavoring agent, or perhaps as a comforting cup of herbal tea, few are aware of its wide range of experimentally confirmed therapeutic properties.

The ancients certainly were aware of the mint family's medicinal value, having been used as herbal medicines in ancient Egypt, Greek and Rome thousands of years ago.[i] Dried peppermint leaves have even been found in several Egyptian pyramids carbon dating back to 1,000 BC.

Today, modern scientific investigations are revealing an abundance of potential health benefits associated with the use of different components of the peppermint plant, including aromatherapeutic, topical and internal applications.

Most of the human research on peppermint performed thus far indicates this plant has great value in treating gastrointestinal disorders, including:

Irritable Bowel Syndrome - Since the late 90's it was discovered that enteric-coated peppermint oil capsules are safe and effective in the treatment of this increasingly prevalent disorder.[ii] This beneficial effect extends to the pediatric community. In one children's trial 75% of those receiving peppermint oil had reduced severity of pain associated with IBS within 2 weeks.[iii] Another 2005 trial in adults concluded that "Taking into account the currently available drug treatments for IBS Peppermint oil (1-2 capsules t.i.d. over 24 weeks) may be the drug of first choice in IBS patients with non-serious constipation or diarrhea to alleviate general symptoms and to improve quality of life."[iv] In another 2007 trial 75% of patients receiving peppermint oil saw an impressive 50% reduction of "total irritable bowel syndrome score."[v] Most recently, a study published January of this year found that peppermint oil was effective in relieving abdominal pain in diarrhea predominant irritable bowel syndrome.[vi]

Colonic spasm - Peppermint oil has been studied as a safe and effective alternative to the drug Buscopan for its ability to reduce spasms during barium enemas.[vii] [viii]

Gastric Emptying Disorders - Peppermint has been found to enhance gastric emptying, suggesting its potential use in a clinical setting for patients with functional gastrointestinal disorders.[ix]

Functional dyspepsia - A 2000 study published in the journal Ailment Pharmacology and Therapy found that 90 mg of peppermint oil and 50 mg of caraway oil resulted in 67% of patients reporting "much or very much improved" in their symptoms of functional dyspepsia. [x]

Infantile Colic: A 2013 study found that peppermint is at least as effective as the chemical simethicone in the treatment of infantile colic.[xi]

Other studied applications include:

Tuberculosis: A 2009 study found that inhaled essential oil of peppermint was able to rapidly regress tuberculous inflammation, leading the authors to conclude: "This procedure may be used to prevent recurrences and exacerbation of pulmonary tuberculosis."[xiii]

Allergic rhinitis (hay fever): A 2001 preclinical study found that extracts of the leaves of peppermint inhibit histamine release indicating it may be clinically effective in alleviating the nasal symptoms of allergic rhinitis.[xiv]

Memory problems: A 2006 study found that the simple aroma of peppermint enhances memory and increases alertness in human subjects.[xvi]

Chemotherapy-Induced Nausea: A 2013 study found that peppermint oil was found to be effective in reducing chemotherapy-induced nausea, and at reduced cost versus standard drug-based treatment.[xvii]

Dental Caries/Bad Breath: Peppermint oil extract has been found to be superior to the mouthwash chemical chlorhexidine inhibiting Streptococus mutans driven biofilm formation associated with dental caries.[xxiv] [xxv] This may explain why powdered peppermint leaves were used in the Middle Ages to combat halitosis and whiten teeth.

Peppermint is actually a hybridized cross between Water Mint (Mentha aquatica) and Spearmint (Mentha spicata),[xxvi] the latter of which has also been researched to possess remarkable therapeutic properties, such as the ability to exert significant anti-androgenic effects in polycystic ovarian syndrome[xxvii] and ameliorating the related condition of mild hirsutism, marked by excessive hair growth in females.[xxviii]

Like all plant medicines, extreme caution must be exercised when using extracts and especially essential oils. Also, remember that more is not always better. A recent study on the use of rosemary in improving cognitive performance in the elderly found that a lower 'culinary' dose (750 mg) was not only more effective in improving cognition (as measured by memory speed) than a higher dose, but the highest dose (6,000 mg) had a significant memory impairing effect.[xxix] This illustrates quite nicely how less can be more, and why an occasional nightly cup of peppermint tea may be far superior as preventive strategy than taking large 'heroic' doses of an herb only after a serious health problem sets in. 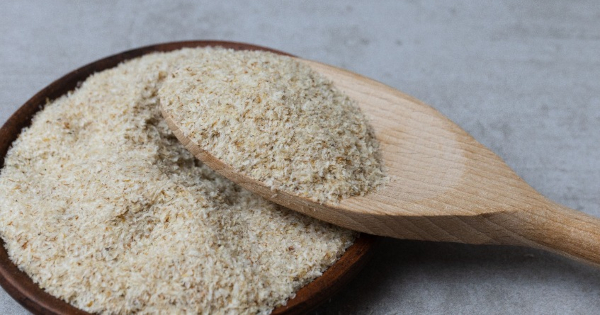 The Digestive Benefits of Psyllium Husk

This Is Your Body (and Brain) on Gluten 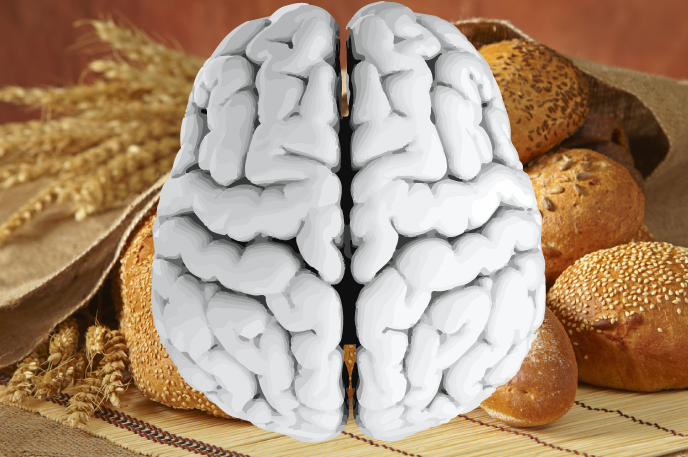