As Florida struggles with a growing demand for nurses, its system for training them has a serious problem. Every year, thousands of nursing school graduates fail at the finish line, unable to make the final milestone required to become licensed.

Registered and practical nurses must pass the National Council Licensure Examination before they can practice anywhere in the United States. And Florida nursing students are failing at a rate higher than anywhere else in the nation.

Fewer than two-thirds of them passed the exam in 2021. That’s the lowest pass rate in the United States — falling more than 17 percentage points below the national average, according to a new report from the Florida Center for Nursing, based at the University of South Florida.

Not all Florida nursing programs are failing. The majority of the state’s public universities, community colleges and nonprofit institutions have pass rates at or above the national averages for both registered and practical nurses. The problem lies with a subset of private, for-profit programs that enroll thousands of students every year, many of which have pass rates below 50%.

More than one in five nursing positions at Florida hospitals is vacant, Mayhew said, and staff turnover is at a historic high.

The staffing shortfall has rocked hospitals and nursing homes across the state.

And unless the state can reverse the trend, hospitals are projected to be short by 59,100 nurses by 2035, according to a 2021 study from the Florida Hospital Association and Safety Net Hospital Alliance of Florida.

Florida is producing more licensed nurses than ever before. More than 12,400 registered nurses passed the national exam in 2021, up nearly 30% in the past five years. It’s the largest graduating class of licensed nurses in the nation, but still not enough to meet soaring demand.

The state is heading for a cliff unless educators can graduate more nurses capable of passing the final exam, said Rayna Letourneau, an assistant professor of nursing at USF and executive director of the Florida Center for Nursing, which is focusing on finding ways to ease the shortage.

In May, Gov. Ron DeSantis approved more than $125 million to expand nursing education in the state. But increasing capacity at Florida’s nursing schools has limited returns.

As the number of test-takers has increased, more and more potential nurses have left school unqualified to work in the field. Last year, Florida lost nearly 6,800 potential registered nurses and 1,400 potential practical nurses who took and failed the national exam.

Students who fail can retake the exam, but testing data shows that few take the test more than once and the chance of passing on a subsequent try is even lower than for first-time test takers. 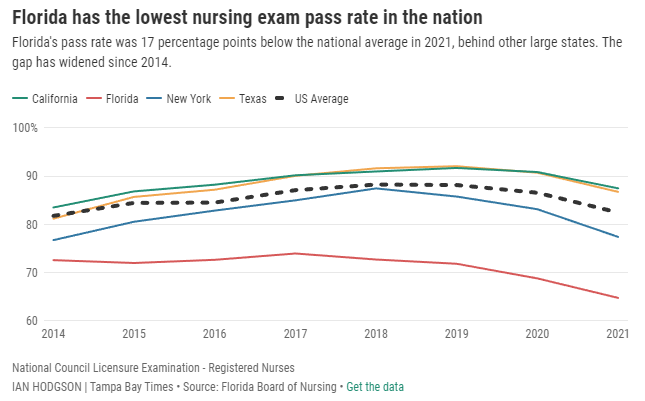 The problem is far from universal.

“When we look at the state as a whole it looks really bad, but you have to hone in to see the patterns.” Letourneau said.

Poor-performing for-profit nursing programs, especially in southern Florida, drag down the statewide average and mask the fact that many Florida schools have pass rates at or above the national average. A 2020 report from the Florida Board of Nursing found that more than half of operating nursing programs in the state were for-profit.

On average, the pass rate at for-profit programs was less than 60% in 2021. That rate is even lower in southern Florida where average pass rates at for-profit schools fell below 50%.

Compare that to the nearly 84% of registered nursing students from Florida’s public universities and colleges who passed the exam in 2021 — nearly 20 percentage points higher than the statewide rate and on par with the national average. Private nonprofit schools across the state performed similarly well.

There are for-profit schools that provide quality education and have good pass rates, said Willa Fuller, executive director of the Florida Nurses Association. Still, they are falling well behind public and nonprofit institutions, on average.

There’s no way to tell why so many of Florida’s for-profit nursing schools are failing to graduate capable nurses, Fuller said. “The research hasn’t been done and any statement at this point is just speculation. But we need to identify the best practices at high-performing schools and make those the norm across the state.”

Fuller is skeptical that business and best practices are always in harmony at for-profit institutions.

“When the business model is the driving force behind opening so many schools,” she said, “you need to ensure that standards are kept in place and focus on graduating well-educated nurses.” 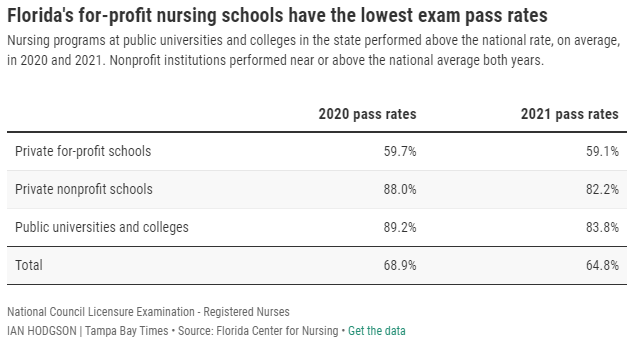 Florida’s low pass rate is not a new problem. The state has consistently trailed the nation since at least 2014, according to data provided by the Florida Board of Nursing. Florida has had the lowest pass rate in the nation every year since 2017.

Part of the problem may be due to the state’s approval process for nursing programs.

In 2009, in response to a growing demand for nurses, Florida lawmakers streamlined the regulatory process for approving new programs and repealed the Florida Board of Nursing’s authority over which programs to approve.

The Board of Nursing approved 231 programs between 2010 and 2013, more than doubling the number of nursing schools in the state, according to a 2014 report from the Florida Office of Program Policy Analysis and Government Accountability.

“The 2009 law took away a lot of the Board of Nursing’s power,” Fuller said. “Since that time, schools that have opened up may not necessarily be meeting the quality requirements (to produce students) who can pass the exam.”

To track poorly performing programs, the new law allowed the Board of Nursing to place programs under probation if they fell 10 percentage points below the national pass rate two years in a row. Programs that did not improve after one year could be terminated, but state law also gives them leeway to keep operating with poor results.

In 2009, 17% of Florida’s nursing programs had pass rates more than 10 percentage points below the national average, according to a Tampa Bay Times analysis.

A 2019 analysis from the Florida Center for Nursing found that nearly 45% of the state’s 364 nursing programs had pass rates below the required standard — 84 of which had been below for three or more consecutive years.

To address poorly performing schools, Florida legislators mandated in 2014 that all nursing programs be accredited by federally approved agency. Once a program is approved by the Florida Board of Nursing, it must receive accreditation within five years. The five-year window allows accreditors to gather data but also allows poor-performing programs to operate in regulatory limbo.

In 2021, 83% of students from accredited programs passed the national exam on their first try, on average, according to the Florida Center for Nursing report.

In 2021, 187 graduates from the Florida College of Health Science took the national exam — only 48 passed. Between 2014 and 2021, the for-profit school with locations in Tampa and Orlando has never had a pass rate above 30%. In those years, more than 600 students left the school unable to become a licensed nurse.

Photos from the school’s Facebook page show students crowded into makeshift classrooms inside an Orlando business park. The Times attempted to contact the school multiple times, but has not received a response.

Altierus Career College, located in Tampa, had a pass rate of just over 50% in 2021 when 4 of its 7 graduates passed the exam. The school — formerly owned by now-defunct for-profit Corinthian Colleges — is not accepting new students, according to the school’s website. The school’s current owners, nonprofit ECMC Group, announced earlier this year that the campus will shut down once remaining students graduate.

The Times contacted Altierus for comment, but did not receive a response. 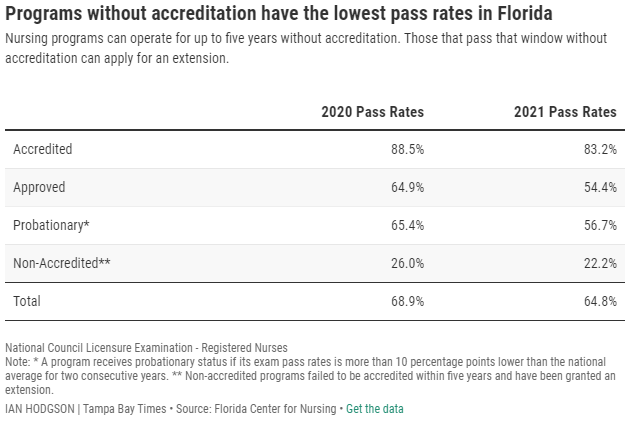 Accredited programs can be harder to get into or have long waiting lists, Fuller said. But she encourages prospective students to be patient and do their homework.

The Florida Nurses Association compiles information about nursing programs, including accreditation, at the website choosewithcare.education.

“Nursing is hard. It’s life and death every day and you have to be prepared,” Fuller said. “And you need to know your (school) will train you right.”

Strategic planning for the National Council Licensure Examination (NCLEX) is crucial for aspiring nurses and nursing schools. The purpose of this course is to provide participants with the professional confidence to plan for the Next Generation NCLEX (NGN) examination.

Our course, Strategic Planning for the Next Generation NCLEX (NGN),  introduces participants to the factors influencing the strategic planning process for the NGN. It focuses on the National Council of State Boards of Nursing (NCSBN) Clinical Judgment Measurement Model (NCJMM). The NCJMM framework emphasizes the importance of clinical judgment. 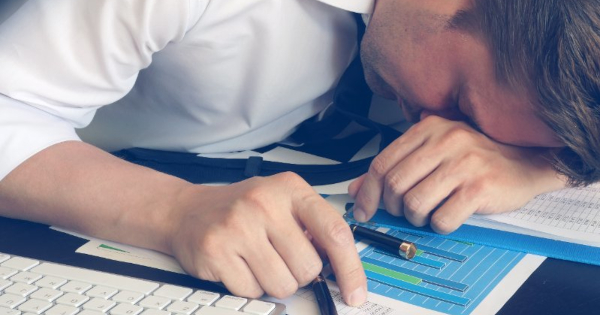