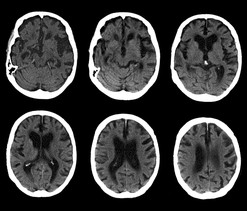 Evidence That Early Alzheimer’s Can Be Reversed

Pharmaceutical trials for Alzheimer’s have failed repeatedly, but a new study, using a fundamentally different approach based upon the science of Dale Bredesen, M.D., has provided the first clinical trial success: using precision medicine to identify and target the drivers of Alzheimer’s or pre-Alzheimer’s in each patient. Dr. Bredesen and his team have posted exciting, positive results in their peer-reviewed study published in the Journal of Alzheimer’s Disease.

Until now, therapeutic development for Alzheimer’s disease has been almost uniformly unsuccessful, with over 400 failed clinical trials. The few “successes” (e.g., memantine) have not offered sustained improvement. For example, the recent claim of a positive trial for the drug candidate donanemab did not show cognitive improvement, nor even stabilization of dementia, but merely reduced the rate of progression by about one-third. Arguably, the greatest failure of medical treatments to date is in neurodegenerative diseases like Alzheimer’s and Lou Gehrig’s disease; about 45 million Americans are projected to die from Alzheimer’s if effective treatment and prevention are not developed.

The study, entitled Precision Medicine Approach to Alzheimer’s Disease: Successful Pilot Project used deeper dives into each patient’s genetics and biomarkers in order to derive the optimal personalized, precision medicine protocol for each. The study was led by three integrative physicians — Drs. Kat Toups, Ann Hathaway, and Deborah Gordon — along with Dr. Bredesen.

Their proof-of-concept trial included 25 participants, aged 50 to 76, all with MCI (pre-Alzheimer’s) or early-stage dementia. Each patient was assessed for multiple potential contributors — inflammation, insulin resistance, nutrient and hormonal deficiencies, specific pathogens, toxicants, and biotoxins, as well as genetics — then treated with a personalized protocol that was continued for nine months. This is the same approach used by Apollo Health, which has developed software and programs to optimize the precision medicine protocol for cognitive decline.

Cognitive testing revealed that among the study participants, 21 improved (84%), one showed no change (4%), and three declined (12%). Objective evaluations with cognitive testing through CNS Vital signs demonstrated increased performance from the 38th to 63rd percentile — a 65.7% improvement.

Study participants also had brain MRI scans at the start of the study and after nine months. These scans were evaluated with Neuroreader software that measures the size of brain structures important for cognitive function such as total gray matter and the hippocampus. The expected shrinkage of total gray matter volume was dramatically improved from an expected drop of 2.2% per year to a slightly positive rate of +0.3% per year, an improvement of 114%. Hippocampal atrophy rates were also improved by 63%.

Lead author Dr. Kat Toups noted, “I have been the Principal Investigator on more than 20 long-term clinical trials for patients with MCI and dementia where the benchmark for success was merely a slowing in cognitive decline. This trial is the first to show actual improvement in multiple domains of functioning, as well as improvements in MRI brain scans.”

Addressing the presumptive root causes of the cognitive decline with this type of functional medicine approach has previously led to publications of “case study” improvements, including Reversal of Cognitive Decline: 100 Patients, which paved the way for this successful clinical trial. A larger, randomized controlled trial is set to begin later this year at sites in Miami, Cleveland, Nashville, Sacramento, and the San Francisco Bay Area.

Dr. Ann Hathaway, one of the co-authors, commented, “With this precision medicine approach, I’ve witnessed person after person regain lost brain function, get back to their life’s work, re-establish friendships, or start new creative activities. It’s very gratifying to share this success publicly. Can you imagine a world where Alzheimer’s is a rare disease? 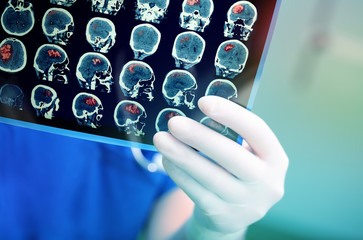 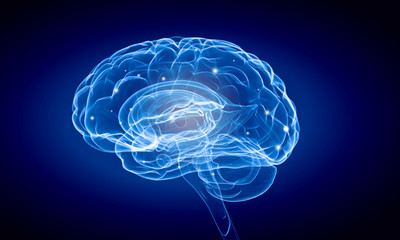